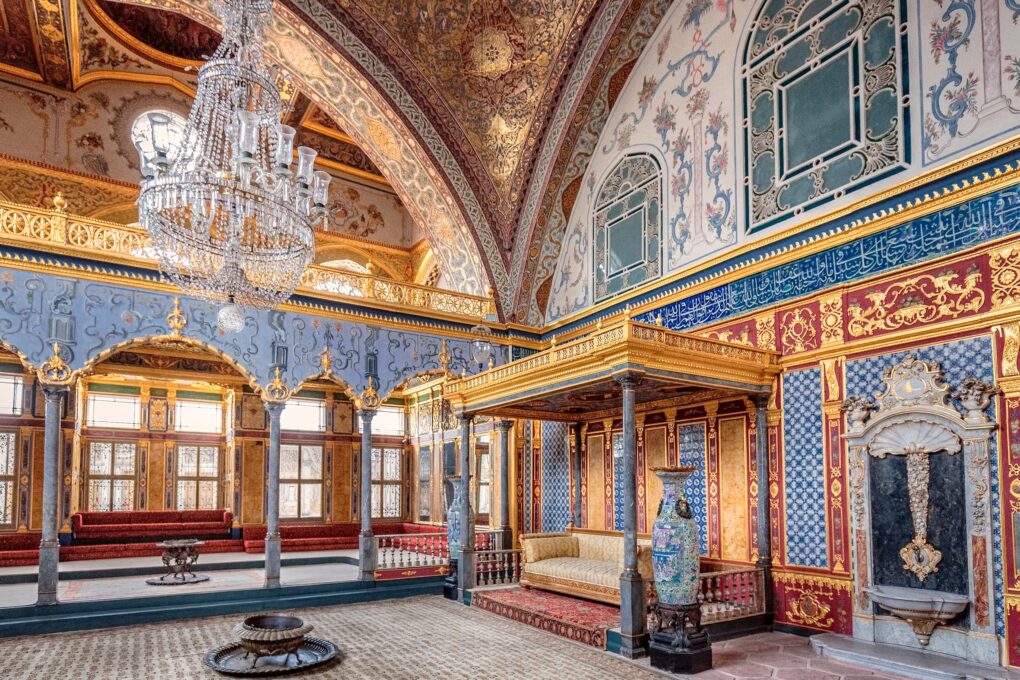 Known in earlier times as Anatolia and Asia Minor, Turkey is a land that has witnessed the rise and fall of so many great civilizations it has inherited a legacy of outstanding art and architecture that ranks among the foremost in the world.

It’s been said there are more ancient buildings and monuments, ruins and excavations in Turkey than Greece and Italy combined. But that's not all. Long neglected as a tourist destination, today the world is finding out there's a wealth to see and do in a country as varied as its people. Here are some of the must-see highlights that explain why Turkey delights.

Istanbul
It’s a city that assaults the senses. A city of dazzling sights, pungent smells and exotic sounds. Sights of richly colored mosaic patterns on harem walls. Smells of ginger and vanilla spices from Africa and the Orient. Sounds of high-pitched prayers from ancient minarets.

It straddles the Bosphorus, one of the most strategically important bodies of water in the world, connecting Europe with Asia. The Romans called it Byzantium and made it the capital of their Empire. But they weren't the only ones to leave their mark. There were others, such as Persians, Arabs and the Crusaders.

Today, the city's cobbled streets swelter under an intense summer sun and seethe with a population of 10 million Europeans, Asians, Muslims and Arabs dressed in garb and speaking languages as colorful and varied as their origin. It’s easy to imagine nothing much has changed through the ages.

Known for a thousand years as Constantinople, this great center of religion and learning, power and wealth was an important stop along the Silk Road, the busiest port on the Mediterranean and the richest city in Christendom. Hunkered down behind massive impregnable walls punctured by fortified gates and strengthened by almost 200 towers, the ancient city prospered for centuries, withstanding wave after wave of assorted assaults until it was finally captured by Mehmet II in 1453 marking the beginning of the Ottoman Empire.

Enough of the great fortress walls remain to still intimidate. But today the city’s skyline is dominated but the lumpy outlines of two architectural triumphs, the Blue Mosque and Hagia Sophia. The first is distinguished by its six towering minarets built by some of the same stonemasons who built the Taj Mahal. The second is rose pink, more than 1400 years old and ranks among the world’s greatest architectural achievements. Within these two awesome testaments of faith, mosaics and calligraphy have been elevated to a dazzling art form. Mosaics of meticulously crafted religious icons peer down from the walls between intricate designs formed by artistically scripted passages from the Koran.

Nearby is the 15th century Topkapi Palace home to a glittering collection of priceless treasures amassed over almost 500 years by omnipotent sultans from throughout their far-flung empire. Here too is a labyrinth of brilliantly tiled corridors and chambers of the Harem that once accommodated the Herculean challenge of over 1,000 concubines.

Down by the ferry boats, next to the faded facade of the terminus of the fabled Orient Express, are the covered alleyways of the 400-year old Spice Market. Aromatic powders have been sold here since the days when the precious cargo arrived in wooden ships from Egypt or by camel trains from the distant Orient. Not far away is the sprawling indoor maze of narrow streets and passages known as the Grand Bazaar, the ultimate destination for shopaholics where more than 5,000 shops, boutiques and stalls have been selling goods from around the world for more than 600 years.

Cappadocia
In central Turkey is one of the most remarkable landscapes on earth. Cappadocia’s draw is its valleys of hundreds of naturally-formed, tall, conical, rock outcrops known as peri bacalari or fairy chimneys. Early 4th century Christians fled from the Middle East to this remote and desolate region leaving scores of these outcrops carved into hidden chapels adorned with exquisite frescos. You can take an early-morning, hot-air balloon ride soaring above this bewitching landscape as the orange dawn streaks across the sky.

There is evidence of early Christians below ground too. Around Keyseri are the remains of an entire underground city. Some believe there could be as many as 300 of these ancient honeycombed communities. Their narrow, waist-high subterranean passages connect dozens of rooms, kitchens, storehouses, wine cellars and even stables. Perhaps as many as 30,000 Christian fugitives are believed to have hidden hundreds of feet below ground in these claustrophobic caves, sometimes for as long as a year, to evade persecution by the Romans.

Not far from Keyseri is the pretty, leafy town of Avanos, for centuries famed for its beautiful pottery and ceramics thrown, painted and glazed by hand, some by masters of the craft recognized worldwide. Visit the legendary studio of Kaya Seramik Evi. Many of the delicate, intricate designs found here are painstakingly reproduced from originals that adorn the Sultans’ palaces and the country’s most important mosques. Avanos is also famed for its soft-as-butter silk carpets, the most collectable of which have 900 knots to the inch and the maker’s name woven into the pattern.

The Turquoise Coast and the Aegean
The southern coast of Turkey is a craggy ribbon of sandy coves, inlets and bays of crystal-clear waters ideal for sailing, swimming and snorkeling. Now known as the Turquoise Coast, this Turkish Riviera of picturesque harbors and fishing villages teems with boats, para-sailors and sun worshipers by day and throbs to a disco beat by night. But behind this contemporary façade lies a much more ancient history.

Brooding over the popular resort of Bodrum is one of the most impressive fortresses on the Mediterranean, the daunting castle built on a peninsular by the Knights of St. John to protect pilgrims on the way to the Holy Land. Nearby is Halicarnassus the site of the ancient tomb of King Mausoleus one of the seven wonders of the ancient world that gave us the word mausoleum but was torn down by the knights to build their castle.

Today, traditional wooden boats known as gulets leave the picturesque port of Fetiye to cruise the Turquoise Coast for two or three days of gentle sailing and sight-seeing. Once, ancient ports like Fetiye were important centers for seafaring Greek and Roman traders. None was more important than Ephesus.

Ephesus is one of the greatest ruined cities of the western world. Its spectacular ruins date back to the 4th century when the bustling city flourished under Roman rule as their chief port on the Aegean. The magnificent Library of Celsus is the glorious centerpiece of this once rich and prosperous community. Evidence of their extraordinary affluence and refined culture is everywhere in excavated villas, decorated with exquisite murals and mosaic floors, and temples, arches, fountains and colonnaded streets built by some of the finest artisans of the Roman Empire.

St. John the Evangelist is believed to have taken Jesus’ mother to Ephesus in AD37. Today, the modest stone House of Mary on a wooded hill on the city's outskirts is a shrine revered by both Christians and Muslims who draw water from a spring believed to have healing powers. Also nearby are the ruins of the Temple of Artemis, another of the seven wonders of the ancient world.

Returning from Ephesus to Istanbul, many visitors find it hard to pass by one of the oldest ruins of them all, the site of the ancient city of Troy. This pivot of Homer’s Iliad and the place where the decade long Trojan War was fought, is truly legendary. A thriving port city four thousand years before Christ, its not surprising that sadly there is little left to see. But, like so much of Turkey, its shadows are long, its echoes are powerful and its history as irresistible as a siren's song.