Born and educated in Britain, Roger began his career as a reporter with the Financial Times in London before beginning a 30-year corporate communications career in London, Paris and New York.

He joined the communications function of IBM at their UK Headquarters in London.  Four years later, he was chosen to coordinate all aspects of the visit to IBM of HRH Queen Elizabeth II, working for six months in liaison with Buckingham Palace.  Following that event, he was sent on international assignment to IBM’s European Headquarters in Paris responsible for maintaining the quality of the corporation's pan-European internal communications.  While in Paris, he became the first European to be named an Accredited Member of the US-based International Association of Business Communicators and was a founding member of the Paris Chapter of Toastmasters International. 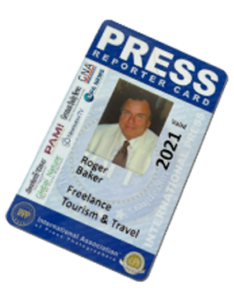 Member of the International Association of Press Photographers (IAPP).

During this time, he was profiled twice in PR Magazine, and won national bronze, silver and gold awards for his various corporate print productions.  While managing IBM’s network-standard TV studios, he co-directed Here I Am an IBM-sponsored documentary on the Special Olympics that won the White House Award for Disability Communications and the Gold Medal at the New York International Film Festival.

Promoted to the company’s corporate staff at World Headquarters in Armonk, New York, Roger ended his IBM career having responsibility for the corporate brand, winning top national honors for its print and radio corporate advertising campaigns.

After 20 years with IBM, he was invited to join the corporate staff of the multinational conglomerate American Brands headquartered in Greenwich, Connecticut, which at the time managed more than 100 subsidiaries and 12 of the world’s best-known brand names in golf (Titleist, Foot-Joy and Cobra), office products (ACCO, Swingline, and DayTimers), distilled spirits (Jim Beam, Absolut Vodka) and tobacco (Lucky Strike, Pall Mall, Benson & Hedges, and Hamlet cigars).

As Corporate Director of Communications he managed corporate internal and external communications and national advertising campaigns, wrote speeches for the company’s Chairman and President, and provided communications advice and counsel to the CEOs of the company’s major subsidiaries.  He oversaw the subsidiaries’ communication strategies and acted as sole media spokesperson for those with critical operations in tobacco and distilled spirits.  He was a member of the Corporate Crisis Management Committee for ten years.  During this time, he continued to win national recognition including a Gold Quill award from the International Association of Business Communicators.

Throughout his corporate career in the US, Roger has been an active volunteer in several professional and community organizations.  He was elected Chairman of the Audit Bureau of Circulations (now the Alliance for Audited Media), an advertising watchdog organization that has more than 5,000 advertising agency, publisher and advertiser members in the US and Canada.  He served also on the boards of the Stamford Orchestra, the Fairfield Orchestra and the Silvermine School of Art, all in Connecticut. 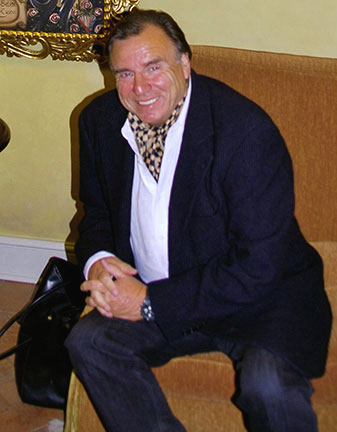 When Roger retired from the corporate world he moved to Naples, Florida and opened The Weatherburn Gallery, which became the largest international fine art gallery in Southwest Florida rated by Gulfshore Connoisseur’s Guide as “one of the foremost art galleries in the state,” and was invited to host the prestigious Oil Painters of America National Competition.

During his gallery ownership, Roger became Founding President of the Naples Fine Art Dealers Association and a member of the Board of the United Arts Council of Collier County.

He has served as Chairman of the Permanent Collections Committee of the Von Liebig Art Center, and on the boards of the United Arts Council, the ArtsNaples World Festival and Gulfshore Playhouse. He served on the board of Opera Naples for several years as a member of the Executive Committee, and Chairman and Emcee of several consecutive major fund-raising galas.

He has also been very active with the 25,000-member worldwide food and wine society the Chaîne des Rôtisseurs, notably serving as a local, regional, and national Chargé de Presse.  In 2006, he was elected President of the Naples Chapter. Over the next five years he hosted a series of particularly innovative events that helped attract an ever-increasing number of new members.  By the time he stepped down as President in November 2021, his chapter had become the largest of 125 in the United States.  That month the Chairman of the Board awarded him the highest award in the Chaîne world, the Gold Medal of Excellence, in front of a gala audience that honored him with a standing ovation.

A lifelong writer, he is author of the novel Noble Rot published in 2004, and many travel and art features for regional and national magazines.  He was the highest rated lecturer at Florida Gulf Coast University’s Renaissance Academy for two consecutive years.

In 2013, he was the narrator of Naples Redefined, a 30-minute documentary promoting the City of Naples, which won a 2014 Telly Award and the international Prix Émile Hermès Gold Award.

He is a member of the international Circumnavigators Club founded in 1902, and in 2015 was named Contributing Editor of The Log, the club’s international magazine, a position he still holds.