BEHIND THE BAMBOO CURTAIN

Ancient Treasures of China and the Yangtze River 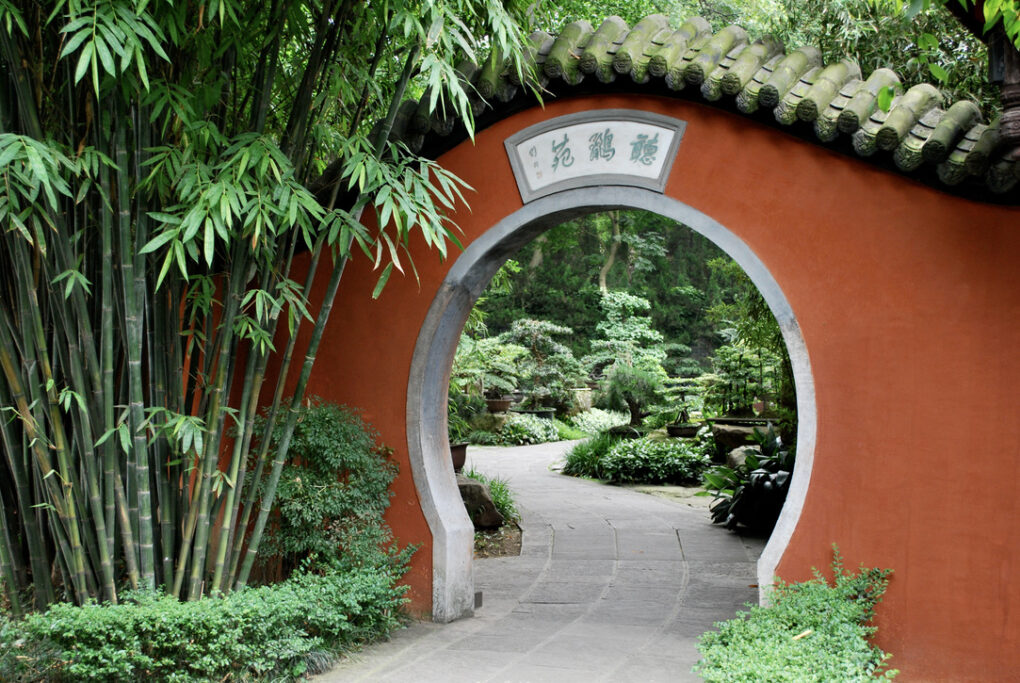 Mystery is what makes China one of the most alluring travel destinations in the world. For centuries, tales of a vast and distant land of fabulous riches, exotic customs and an ancient culture whispered across the deserts, plains and mountains along the Silk Road all the way to the Roman Empire. But few believed what they heard. Even centuries later when Europeans first read Marco Polo’s Travels, most dismissed his accounts as pure fantasy.

But such stories were woven into the fabric of a mysterious allure that has persisted through the centuries to modern times. Now that the bamboo curtain has been drawn aside and a government more open to the West is stimulating sweeping change, the sights, sounds, myths and legends of China are attracting millions of visitors a year.

Few are disappointed by what they find, but many are surprised. China has a rich culture older than that of ancient Egypt and classical Rome combined. Much of it remains and it doesn’t disappoint. But, China is a country of surprising paradoxes.

On the one hand, are abject poverty, grime and squalor in rural villages more than 400 years old. On the other, are new airports, highways and cities of gleaming steel-and-glass towers housing luxury hotels, western-style shopping malls, international banks and corporations as dense as a forest. With a population of 13 million, almost twice that of New York City, Beijing alone has more than 2,700 high-rises and the number is climbing higher every month. Shanghai’s tally of towers is almost as great. Much of its spectacular Pudong business district didn’t exist 10 years ago as it rushes to rival Hong Kong as Asia’s commercial and financial epicenter.

Soon, many rural villages will also fall under the bulldozers of progress but undoubtedly the people will remain rooted in their rich cultural heritage. In China, old customs, beliefs and superstitions die hard. Even the most urbane Chinese business leader will consult a feng shui specialist about the proper placement of a high-rise or use a cell phone to discuss strategic timing with a fortune-teller. Capitalism is in full bloom in a Communist country. One that still dictates that its citizens may have only one child, what occupation it will pursue, what may be watched on TV or what internet access may be allowed.

Yet American icons are not only encouraged but also embraced. Enormously popular with Chinese children, there seems to be a KFC on every city corner, and when the first Macdonald’s opened in Xi’an recently, more than 50,000 meals were served the first day.

Most of the major cities now have international hotels with fitness and business centers, and luxury rooms complete with computer ports and CNN; restaurants offering western as well as eastern cuisine; shops with friendly English-speaking staff, and taxi drivers adept at reading major destinations preprinted in Chinese and English on pocket cards provided by the hotels.

Such aspects of modern China may surprise, but it’s the ancient treasures that lure most tourists, and they do not disappoint. They are spectacular.

A classic itinery takes visitors to Beijing, founded by the Mongul Emperor Kublai Khan; to Xi’an, the site of the terracotta warriors; to Chongqing for a cruise down the Yangtze river through the spectacular Three Gorges; to cosmopolitan Shanghai on the South China Sea, and finally to dazzling and glamorous Hong Kong where west has long met east.

Visitors arriving by air at the nation’s gateway capital are greeted by a ten-foot high, 200 foot-long mural depicting the Great Wall that dominates one side of the ultra-modern airport’s Immigration Hall. Symbolically, even today’s invasion of foreign hoards must pass beyond the greatest defensive barrier the world has ever known.

Once beyond the wall, expect to be awed by a sleek, commercially booming metropolis that’s the modern world capital of a country larger than all of Europe and inhabited by one in five of the world’s population.

Sights not to miss include Tiananmen Square, the largest in the world, and still the spiritual and political heart of the country where more than 500,000 Chinese spontaneously congregated last summer (2001) to celebrate their capital’s selection as the host city of the 2008 Olympiad.

On one side of the square, beyond a moat, under imperial yellow roofs and behind 33-foot high vermilion walls is the fabulous 9,000-room fortress-palace known as the Forbidden City. Here 24 emperors ruled their universe for more than 600 years. Despite the teeming crowds, it’s still possible to find a quiet corner in the massive complex, stand in a secluded courtyard and imagine the smell of lotus blossom and the passing rustle of the silks of a Ming Dynasty official.

Outside the city is the Great Wall sprawling across the mountains like a sleeping dragon. Begun 200 years before Christ walked the Holy Land, when completed it snaked for almost 4,000 miles across the country’s northern territories. Here too, it’s possible to stand on the massive wall’s gray terraces, listen to the brightly colored pennants snap in the breeze and imagine Mongol warriors just the other side of the craggy, green-clad hills. That is, if you can block out the legions of multinational tourists, and the incongruous European classical music blaring out of the antiquated PA system.

Of course, there’s much, much more to see. Imperial parks, teahouses, pagodas, temples, the labyrinth of traditional dwellings and alleyways known as the Hutong district that can be toured by rickshaw, and the richly colorful song, dance and acrobatic art-form known to the world as the Beijing Opera. Shoppers shouldn’t miss the Hong Qiao market, a four-story complex in the heart of downtown, famed for its pearl dealers on the top floor well known to celebrities, film stars and the likes of former Presidents Carter and Clinton.

Although the ancient city of Xi’an served as China’s capital for more than 1,100 years and was the eastern terminus of the Silk Road, most foreigners hadn’t heard of it until 1974 when three farmers digging a well in a field beyond the city walls stumbled on one of the greatest archeological finds of the 20th century.

Buried 16 feet beneath the ground was an army of more than 8,000 life-size terracotta soldiers, chariots and horses entombed with China’s Emperor Qin (pronounced chin) more than 2,200 years ago, the first emperor to unify the country and give it his name. The discovery of a fully equipped army standing in silent rank and file guarding their emperor in his afterlife swept the forgotten city onto the world stage and fueled a tourist industry that has pumped millions into the region’s economy.

Today, the airy and elegant, marble-and-glass Qin Army Vault Museum is a World Heritage site. Covering an area the size of two football fields, it’s the centerpiece of a high-tech complex that includes a spiffy cinema-in-the-round and a museum gift shop where every day one of the farmers who originally found the site signs autographs like a rock star.

In the years ahead, there will be much more to see. Incredibly, some of the army has not yet been excavated, nor have Emperor Xin’s final resting place and several other Ming Dynasty burial sites covering almost 22 square miles.

But don’t wait to visit the fabled Three Gorges. Very soon, most of this geographically spectacular scenery will be lost forever. Today, visitors can take a 900-mile, three-day cruise on the swift-moving, coffee-colored Yangtze river and sail past the dramatic, towering peaks that are the world-class draw to this stretch of the world’s third longest river.

Today, you can still step off the boat to visit the ancient village of Shibaozhai, a tangle of narrow alleyways that tumble down a rock outcropping crowned by the Precious Stone Fortress, a nine-storey shrine that is the tallest ancient structure in China. And you can have local boatmen, wearing only faded shorts and bamboo and grass slippers, sing you local folk songs as they paddle your narrow peapod craft over crystal-clear waters through the echoes of the steep ravines of the Shennong Stream. Perhaps, a Gold Monkey will throw nuts at you from the trees above.

But tomorrow, all this will be gone. China is building the world’s largest dam, a project that will raise the waters of this area and drown almost 1,400 villages, 140 towns, 13 cities, countless temples and landmarks and much of the fabulous scenery. The waters will start to rise in 2003 and will reach their height by 2009. By then, an estimated 1.3 million people will have been displaced.

In its heyday, once virtually run by predominately British and French traders, cosmopolitan Shanghai was the place to be, a colorful playground of smoky jazz clubs, sepia-lit dance halls and somnolent opium dens. Today, no other city can better capture the urgency and excitement of China’s opening and reform.

But Old Shanghai is still evident if you know where to look. You can still see men and women performing tai chi before work or twirling ballroom dancers practicing under a bridge. You can explore the classical Yu Gardens and stroll the surrounding old city and its markets. Visit the Jade Buddha Temple, the universally acclaimed Shanghai Museum, the best in China, and the nearby Bird and Flower Market. Don’t miss the incredible views from the riverside strand known as the Bund and a ride through the French Concession quarter for a real sense of the city’s multinational past.

If you can, visit a Children’s Palace where exceptional children, identified by talent scouts combing area schools, are placed at a tender age in the hands of equally gifted educators to refine their skills. Here, you can listen to small children practicing piano or violin studies with the skill of a virtuoso and be entertained by toddlers practicing sword fights and acrobatic skills in preparation for admission to the Beijing Opera school.

Hong Kong, the Pearl of the Orient and longtime British Crown Colony, remains one of the world’s foremost centers of capitalism. Even though it was returned to China in 1997, nothing much has changed. It continues to grow and prosper at warp speed and is a dazzling testament to rampant consumerism, a shopper’s paradise selling everything from Mao lighters to Rolls-Royces. Sitting at the crossroads of trade between east and west, it’s a glittering, modern-day bazaar where you can buy custom suits hand-cut by Chinese tailors or the latest shoes from Gucci or Ferragamo.

Much of Hong Kong’s magnificent harbor that once thronged with junks and pirates, windjammers and clipper ships, has been filled in for a sparkling new international airport (the old one’s being razed to make way for a Disneyland) and more towering pinnacles of success and prestige.

The best way to view this modern mercantile miracle is from above or below. Towering above the harbor is The Peak, a mountain clad with the city’s most deluxe homes offering spectacular panoramic views from an observation complex that can be reached by road or, much more delightfully, by a virtually perpendicular tram-car ride. Or, for ground-up views, ride across Victoria Harbor on the Star Ferry that shuttles between Hong Kong and Kowloon, and weaves between sampans and ocean liners.

The Sons of Heaven, who once ruled this vast land with an imperial power that was absolute, adopted a personal symbol of their authority that became autonomous with their nation. They chose a fearsome mythical creature that universally inspired awe, the dragon. They chose well. The classical wonders of China’s past and the unlimited potential of its future are awe-inspiring. The fire-breathing dragon, that long stood guardian over the nation’s treasures, is now blazing a trail into the 21st century.