Written for Gastronome, the national publication of the U.S. Chaîne des Rôtisseurs 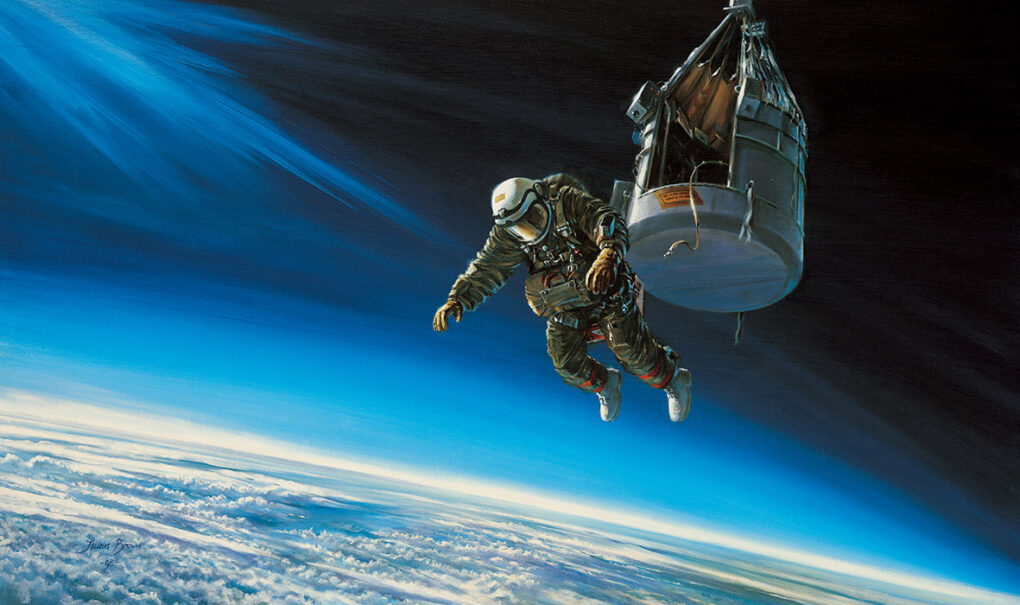 On October 12, 2012 Austrian skydiver Felix Baumgartner completed a record-breaking freefall 24 miles above the earth reaching speeds of more than 830 mph.  That’s faster than the speed of sound.  Mentoring him through years of training and throughout the jump from Mission Control in Orlando, Florida was retired USAF Colonel Joe Kittinger. 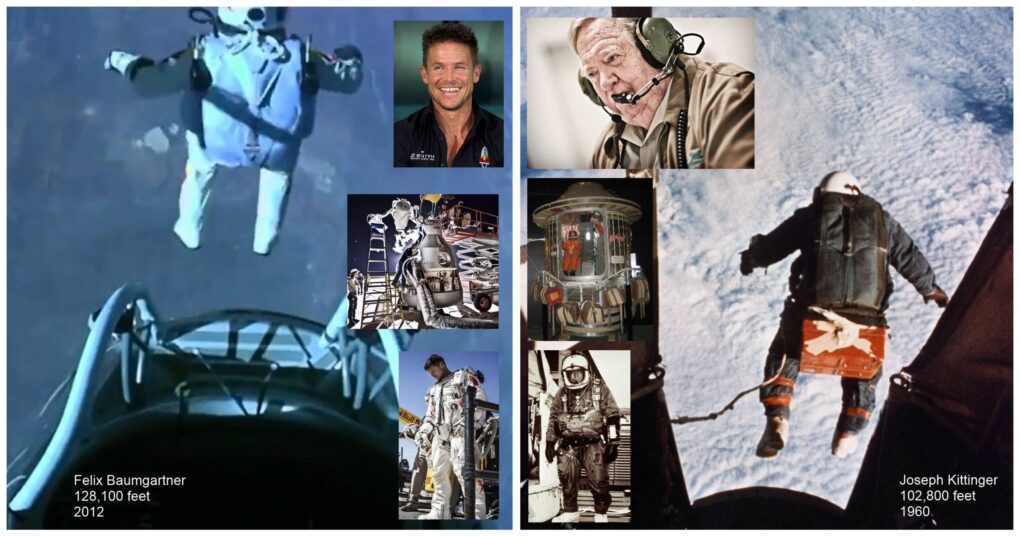 Kittinger is the only other man on earth who knows exactly how it feels to make such a death-defying leap. He knows because he’s done it. He too has faced the terrifying thrill of hurtling through space, falling farther and faster than any other human has ever dared.

Back in 1960, Joe Kittinger, then a young US Air Force Captain assigned to space-related aviation research, made his own leap of faith to quite literally ‘go where no man has gone before’. He was aged 32.

He stepped from a gondola capsule dangling below a large helium balloon 19 miles above earth, and careened downward at over 600 mph for four minutes 38 seconds setting world records that held for over 50 years.

The opening pages of his autobiography Come up and Get Me admirably describe how he felt at the time.

“I’m surrounded by an invisible near-vacuum that would kill me in seconds were it not for the constricting protection of my pressure suit. It’s murderously cold.

“My ground crew wants me to say something for posterity. I find it surprisingly hard to do. ‘Hostile’ is the only word I can find at first. Space is neither a comfortable nor a comforting place. It’s infinite and harsh. I can offer no poetry. I have only one thought: the mission, my survival.

“I pull myself up and grab the edges of the doorway. I can feel my heart hammering like a machine. I activate the cameras. I release the antenna. I say a prayer: Lord take care of me now. I jump from space.

Kittinger’s capsule and the suit he wore that cold morning are on display at the National Museum of the US Air Force in Dayton, Ohio. An additional exhibit depicting his epic jump opened at the National Air and Space Museum in Washington D.C. in 2008.

That jump only added to the Joe Kittinger legend. Before it, he’d been a highly decorated test pilot. Following it, he served three combat tours of duty during the Vietnam War flying a total of 485 missions and winning a chest-full of medals that include two Silver Stars, five Distinguished Flying Crosses and two Purple Hearts.

In 1972, near the end of his voluntary third tour, Lieutenant Colonel Kittinger was leading a flight of Phantoms in a dogfight with enemy MIG21 fighters, when an air-to-air missile shot him down. He was captured and imprisoned in the Hanoi Hilton.

The short, stocky man with reddish hair and freckles was older than most of the POWs and was known as ‘the Red Baron’ to some and ‘Grandpa’ to the younger inmates. It was reported that: he buoyed the spirits, boosted morale and was one of the best officers in the camp. He had confidence and courage; his outlook was positive. He knew that captivity was not forever. On his 307th day as a POW he was released.

Retiring from the USAF as a full Colonel in 1978, he soon began to set new records, among them becoming the first man to cross the Atlantic solo in a balloon. For outstanding achievements in aeronautics he received the Harmon Trophy from President Eisenhower. Among many other distinctions, he has been awarded a Lifetime Achievement in Aviation trophy from the Smithsonian National Air and Space Museum and has been enshrined with highest honors in the National Aviation Hall of Fame.

He became an advisor to the Baumgartner jump team in 2008. Four years later, aged 84, he was the CAPCOM (capsule communicator) for the young skydiver. Baumgartner must have felt very reassured. He couldn’t have found a more steady, experienced veteran to be his sole link with earth. Joe’s last words to him before the jump were, ”Start the cameras. Our guardian angel will take care of you.”

Kittinger is a member of a small, elite pantheon of men whose pioneering achievements high above the earth have moved science forward at the risk of their own lives. That day, the group was joined by one more, and Kittinger couldn’t be happier.

“No, it doesn’t bother me my record is broken,” he told me smiling. It’s stood unchallenged for way too long. Each time a limit is passed it’s an advance for mankind, another paragraph in our book of knowledge. Felix and his entire ground crew deserve their phenomenal success. They worked hard to achieve it, and I was thrilled to have had the privilege to have been a part of it.”

Asked to describe how it feels to tumble through space, he said,
“There’s no way you can visualize the speed. You can’t see anything that tells you how fast you’re going. You have no depth perception. You don’t see any signposts. You know you’re going fast, but you don’t feel it. You don’t feel wind blowing past your face. All I could hear was my breathing in my helmet.”

In Baumgartner’s case it was a little more. He could also hear Kittinger’s soothing voice of experience and perhaps that of the guardian angel they share. Note: I met Joe Kittinger by accident, seated next to him at a dinner in Orlando. Chatting with him throughout the evening, I had no idea the modest, white-haired octogenarian sitting next to me was a super-hero, a man whose many achievements of endurance and courage stretched back decades, until he mentioned he’d written a book titled Come Up and Get Me. A few days later, he sent me a dedicated copy. It was fascinating. I called him, and he agreed to this story.