BY TRAIN FROM CUSCO TO THE LOST CITY OF THE INCAS

Machu Picchu is a pre-Columbian Inca site located almost 8,000 feet above the Urubamba River valley about 50 miles northwest of the city of Cusco, Peru.

Often referred to as “The Lost City of the Incas,” it was unknown to the outside world until 1911 when the American historian, politician, and explorer Hiram Bingham rediscovered it and brought it to international attention 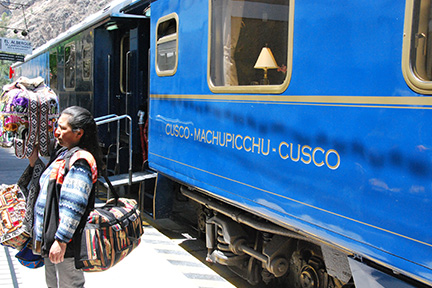 It was declared a Peruvian Historical Sanctuary in 1981, a UNESCO World Heritage site in 1983, and in 2007, Machu Picchu was voted one of the New Seven Wonders of the World.

The site was once a royal estate, part of an Inca Empire so vast an extensive network of roads and trails connected it covering almost 25,000 miles across what are six countries today. Of course, much of it has long since disappeared, but part of an original Inca Trail still climbs through the mountains to Machu Picchu. Despite its remote location amid impassable mountains, the famed site receives almost 1.5 million visitors a year.

Today, there are two ways to get there. You can obtain a permit and scramble along the original high altitude, energy-sapping mountain trail, and arrive four days later; or go by train, relax with a cocktail and arrive soon after lunch. We took the train.

But calling it a mere train is almost an insult. This one is named the Hiram Bingham, and it’s as legendary as the great explorer it’s named after. It’s owned by Belmond, the company operating 48 iconic hotels, trains and river cruises around the world including the glamorous Venice-Simplon Orient Express. 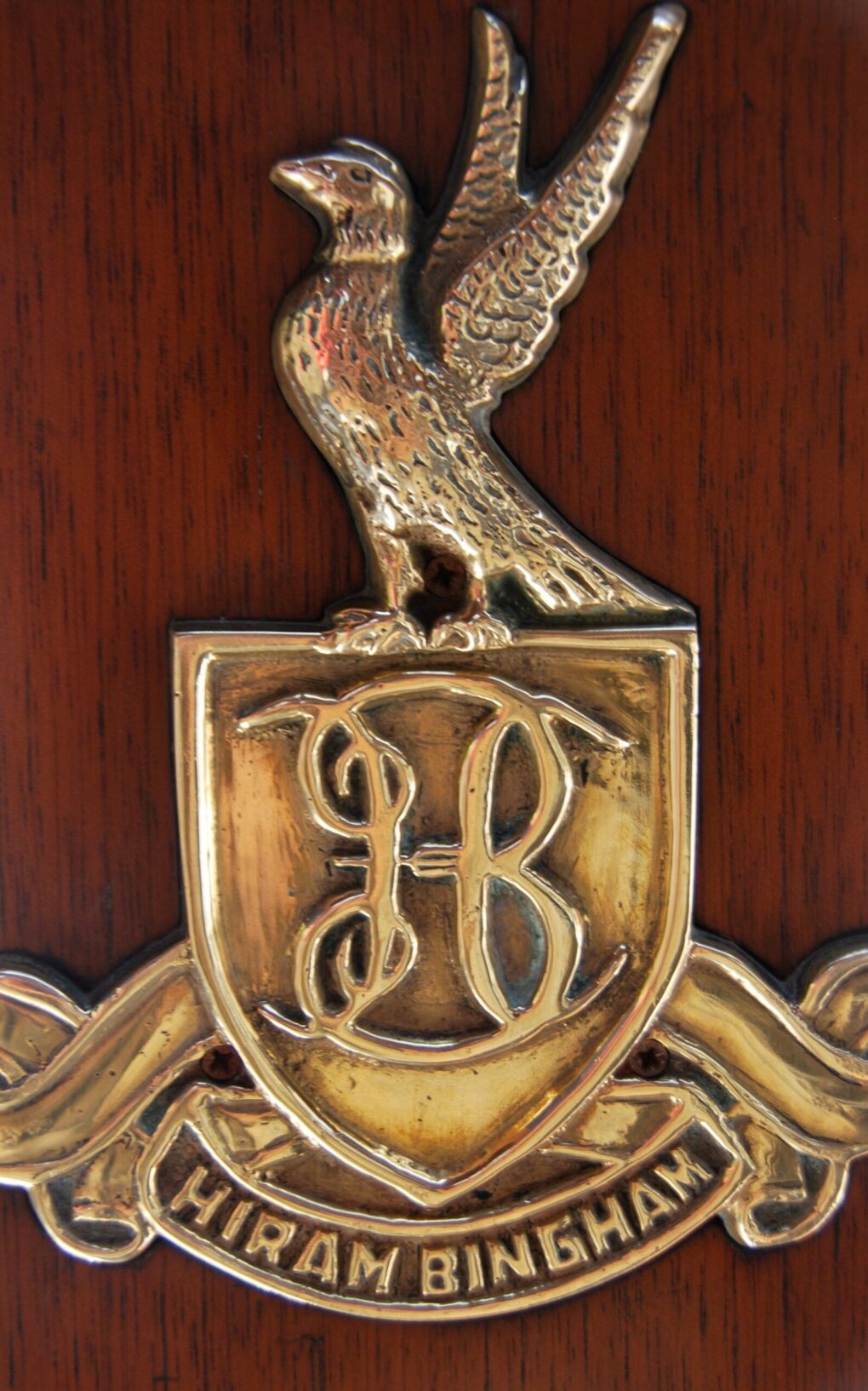 Freshly washed and scrubbed, the Hiram Bingham’s royal blue and gold livery gleams brightly in the morning sun as it waits for our departure. Hawkers in traditional Peruvian clothing toting colorful, hand-woven bags hustle passengers from all over the world. A Perurail guard standing on the platform reads a clipboard and assigns seats.

Once on board, some head for the bar, others gaze out of the antique observation car to watch poplar-dotted plains, terraced slopes and distant snow-capped mountains slowly recede behind us. By the time the stately lunch is served, we’re rumbling along the Urubamba River valley past rocky escarpments and tumbling landslides. We catch a glimpse above of trekkers and their local porters on the edge of a perilous mountain footpath braving the hazards of the Inca Trail and its sometimes ferocious, man-devouring mosquitos.

Three hours and 20 minutes later, we arrive at Aguas Calientes, a ram shuttle community on the banks of the Urubamba in a deep gorge at the foot of the mountains. Somewhere above was Machu Picchu, which novelist Erica Jong described as “hovering between earth and sky balanced on a ledge of cloud.” We squinted up at the massive peaks draped in dense jungle undergrowth but could see no sign of our final destination, a fact that kept it known only to a relative few for almost 500 years

There’s an edgy gold rush feel about Aguas Calientes. It has a large and assorted itinerant population, mostly peddling cheap goods at high prices. There are a few small restaurants and hostels, plenty of bustling tourists, hikers and campers, and dusty buses leaving for the citadel every few minutes.

Such a shuttle takes Hiram Bingham passengers on the last leg of the journey up a steep and narrow, unpaved road, slowly switchbacking higher and higher into the thin air. At the top, we check into the 31-room Machu Picchu Sanctuary Lodge, conveniently also owned by Belmond.

There are several reasons we decided to stay here. It’s the only hotel on the mountaintop. It’s immediately outside the sanctuary entrance less than 50 yards from the gates. It literally overlooks the site, allowing guests to experience both the tranquility of sundown long after other visitors have gone, and the peaceful serenity of dawn.

In the morning, you’re among the first to enter the sacred site. Once through the entrance, there’s a short climb up a staircase and a brief walk along a stone path. Then you step through an arch and out into the open for a stunning panoramic view of what must be the most breathtaking ruins in the world. 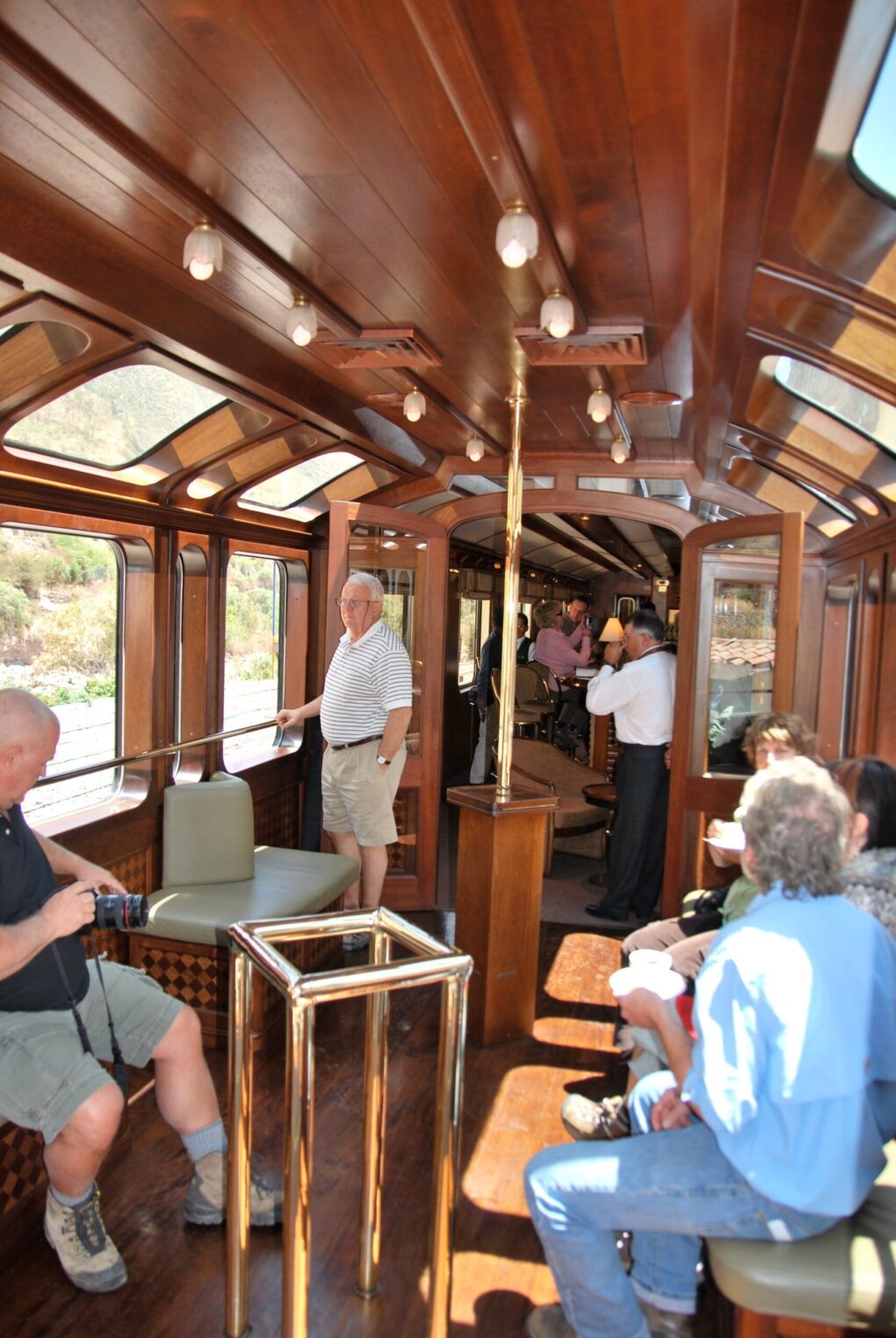